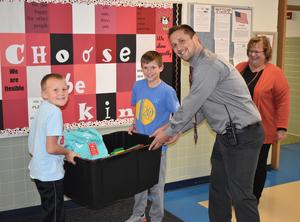 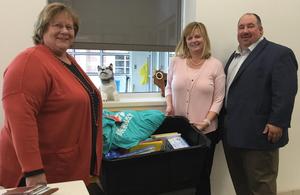 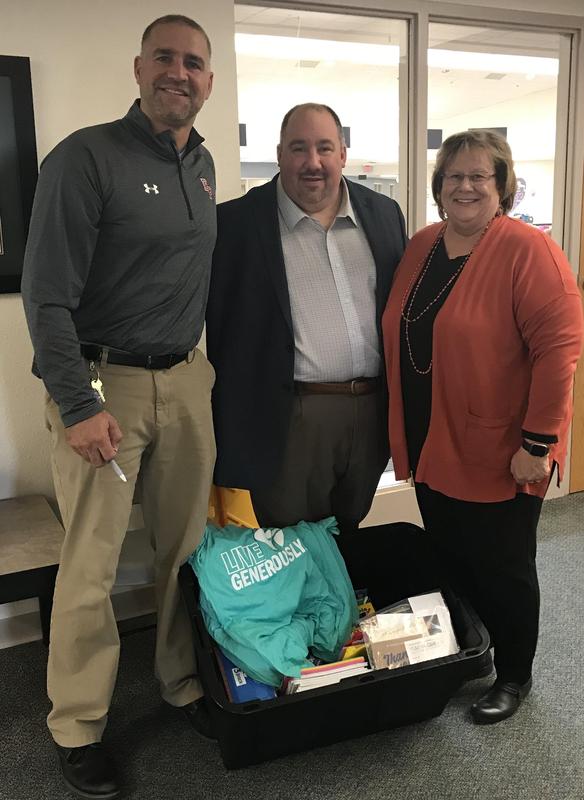 De Pere, Wis. – Julie Appel has two grandsons who attend Dickinson Elementary School and one who did previously and now attends Foxview Intermediate School. She’s seen first-hand the dedication of teachers and administrators at the schools and at others in the District. So when her employer, Thrivent Financial, kicked-off a Teacher Care Kit donation drive she was all in.

“Giving back to the community is part of the Thrivent mission,” she notes. “After brainstorming with other Thrivent members, the group decided we could make the greatest impact by giving back to those who give so much to us, and to our future—the teachers. We know they often pay for supplies and other student or classroom needs out of their own pockets, so this was our way of saying ‘thank you and we appreciate you’.”

Working with a team led by Thrivent Financial representative Ben Borchardt, local members donated more than $8000 of products that are often in short supply and most requested by teachers. At an August gathering, members—including Appel’s grandsons—packed the supply kits which have now been distributed to 30 area elementary schools, including Dickinson, Heritage and Altmayer in De Pere.

Thrivent provided seed money to launch the project. In a letter to local donors, Borchardt credited his father Dave, who passed away in July, for heading up the project in its early stages.

“I can’t tell you how proud and pleased I was to take part in this,” says Appel. “You can just see and feel the caring in our schools, and it’s great to be able to return some of that kindness.”