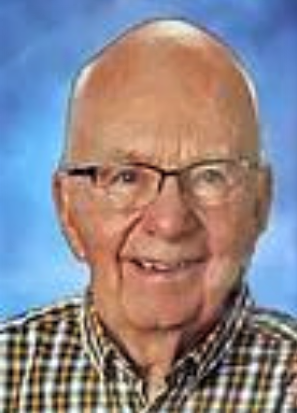 "It's A Great Day to Be A Redbird"

Congratulations to the ultimate Redbird and De Pere advocate Rod Kowalczyk on his selection as the 2021 recipient of the De Pere Community Silver Knight Award.

Since the inception of De Pere Community Night in 1968, the Silver Knight Award has been bestowed upon outstanding individuals nominated by De Pere service clubs, civic organizations or community members. Yearly winners are chosen by a vote of past recipients.

Rod began his teaching and coaching careers in 1959 in De Pere. He coached basketball, football and baseball at various times. Rod also served as the high school’s athletics director from 1980-1998. One of his favorite sayings, “It’s a Great Day to be a Redbird,” is a common refrain throughout the school district.

After his retirement in 1998, Rod began serving the community by assisting the St. Vincent de Paul Household Support program; taught immigration classes to those working to become U.S. citizens; and helped with morning meals and bag lunches at St. John’s Homeless Shelter. As a member of the De Pere Men’s Club, Rod delivered Meals on Wheels for 15 years and supported numerous other club-sponsored projects.

Rod will be honored at the Silver Knights Awards banquet, on Oct. 25 at the Swan Club in De Pere. The public is encouraged to attend. More information here